Nana Wiki
Register
Don't have an account?
Sign In
Advertisement
in: Pages with reference errors, A to Z, Media, Video games

Nana (ナナ) is the first video game based on the manga of the same name. It was released on March 17, 2005 by Konami for the PlayStation 2. Nana is a simulation game, where the player can chose their own character, and meet Nana Komatsu and Nana Osaki.

Details of it were mentioned in the bonus pages of volume 11, and 12 as well as The Family Times.

The game focuses on the main player, who meets two girls, Nana Osaki and Nana Komatsu, who came to Tokyo to make their dreams come true. Although, Nana and Hachi are still prominent characters the game puts the most emphasis on the player character, who lives next to the Nana's in Apartment 708.[1] There are five choices of character styles, all were uniquely

designed by Ai Yazawa for the game.[2]The choices are Boyish, Mods, Gal, Conservative, and Gothic-Lolita.[3]

The player gets to experience the storylines of volumes five through eight. Additionally, the player can meet other characters including, Ren Honjo, Takumi Ichinose, and Shinichi Okazaki, and the player can also date them. They can experience Tokyo life, through getting part-time jobs, buying clothes, and decorating their room.[1]

Furthermore, the player can work at Sabrina, visit Jackson Hole, play mahjong, and go to a Blast concert.[3] 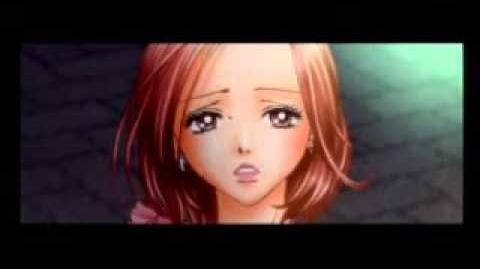 An example of a player character